Inherent bad faith: Alternatives for deducing the Indo-Lanka Accord

For those aligned with the realist tradition in international relations, the creation of the Indo-Lanka Accord becomes a point of reference for corroboration. The standpoint is that India was guided by the logic of national interest, which alludes to factors such as security and relative capabilities. Indeed, such factors continue to animate the realist school of thought. After all, the accord was signed in 1987 during the Cold War and contracted in the shadow of the Indo-Bangla Treaty of 1972 and the Indo-Soviet Treaty of 1971.

The destruction of the Jaffna University memorial: Dire straits across Palk Strait

The monument erected at the University of Jaffna in memory of the people who lost their lives during the last war was removed by the university administration on the 8th of January 2021.  A bulldozer was used to demolish it at night on the orders of the university’s vice-chancellor Srisatkunarajah.

Zeitgeist, Imperiums and Ontological Security: Cues and Insinuations on Developments in Sri Lanka

The Oslo II Accord that was signed in September 1995 substantiated an important argument in state-building. By calling for the Palestinian Police to be the only security authority, it underscored the position that security dimensions will take precedence. The other two pillars of state-building — the political and economic dimensions — will always play second fiddle.

The Corona: Is China having the last laugh?

China has continued to object to Coronavirus being referred to as “Wuhan Virus” or “Chinese Virus” which by all accounts originated in Wuhan of Hubei Province, China. The World Health Organization (WHO) has also instructed to stop referring the new strain of coronavirus as Wuhan or Chinese flu. The WHO has been urging for many years not to identify flus by geography or animals (swine flu, bird flu, monkey pox).

An EXCLUSIVE interview with Øivind Fuglerud 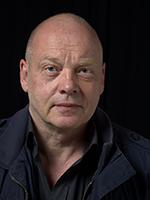 Øivind Fuglerud is professor of social anthropology at the Museum of Cultural History, University of Oslo. His research interests include Diaspora formations, politics of cultural representation and aesthetics.

An EXCLUSIVE interview with Erik Solheim

Erik Solheim is a Norwegian diplomat and international peace-maker. He still remains as one of the most recognizable faces of the peace negotiations between the Sri Lankan Government and the Tamil Tigers. Indeed, he helped negotiate the truce in 2002.