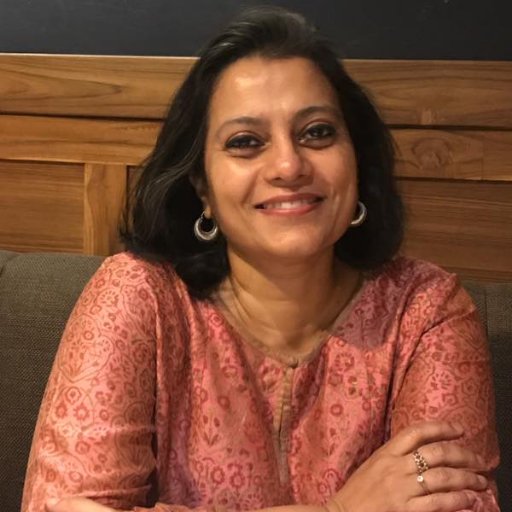 Sreeradha Datta, PhD heads the Neighbourhood Studies Centre at the Vivekananda International Foundation in New Delhi. She is also a non-resident senior fellow of the Institute of South Asian Studies at the National University of Singapore and a former director of the Maulana Abul Kalam Azad Institute of Asian Studies in Kolkata.

Bilateral relations between India and Sri Lanka were smooth during the prosecution of the last two phases of the war. However, matters have not been smooth since the war ended in 2009. Milinda Moragoda — the new High Commissioner to India — has been speaking of an integrated country strategy to acknowledge the 'growing trust deficit'. He implicitly acknowledges a crisis in bilateral relations. As an expert on India's neighbourhood policy, how do you interpret all of this? Is an integrated strategy workable?

Indo-Sri Lanka bilateral relations have not been the best in recent times for a variety of reasons, not just because of the war issue. Nevertheless, it is important to recall that President Gotabaya Rajapaksa had chosen India as his first destination abroad after taking over. This conveyed the importance of the broad-based Indo-Sri Lankan ties that are shared by the neighbours, as well as many opportunities that remain to be tapped. Admiral Colombage, the Sri Lankan Foreign Secretary, too had reiterated the ‘India First’ thrust in Sri Lanka’s foreign policy. Essentially, it points to Colombo not working against India’s strategic interests. India and Sri Lanka remain engaged in several bilateral projects, including joint military exercises.

Certainly, there are a few outstanding issues. But both the neighbours are important to each other and continue to work closely on several issues.  After all, foreign relations are dynamic; to expect every government to work along similar lines is unrealistic. At the same time, the leadership on both sides understands the importance of sustaining the cooperative framework that has been established through past engagements. The baggage of history does have a bearing on bilateral ties. Some governments react differently to erstwhile issues, reflecting a temporary dissonance. But the big picture is not lost on any side. A few trust issues do exist. After all, India abstained from voting on a resolution on Sri Lanka at the United Nations Human Rights Council over human rights issue in March. This conveys a certain message. India has extended support to Sri Lanka during the pandemic and has also gifted radar equipment to Colombo in early 2021.

What is important, however, is that outstanding bilateral issues need to be acknowledged and addressed. There is bound to be some differing perspectives. But there are several diplomatic and sub-national diplomatic measures being undertaken to resolve ongoing issues.

China has been making in-roads in the Indian Ocean Region. In this context, there is an observation that Sino-Sri Lankan intimacy is not good news for India. What are your thoughts? Is India facing severe setbacks?

In the last decade, China’s outreach to the South Asian region has been more prominent. Sri Lanka too is a neighbour that has received a lot of economic support. There have been concerns. It would not be dramatic to believe that some anti-India activities are always possible, if not inevitable, given Sino-Indian hostility and the growing Sino-Sri Lankan partnership.

A few of Colombo’s recent decisions have been weighed in favour of China, while quite a few have undermined Indian interests. Indian fears have aggravated over Colombo’s decision to cancel the tripartite agreement on developing the East Container Terminal of the Colombo Port. India, Japan, and Sri Lanka were to jointly develop this project, estimated to be at USD 500-700 million. Citing public resentment over this, Sri Lanka offered the West Container Terminal to India. As already pointed out, New Delhi feels that this affects its security concerns. Moreover, it is a violation of the 1978 accord between Sri Lanka and India that promises that neither country will let its ports be used for activities that would affect the other’s “unity, integrity and security.”

The Colombo Port City Economic Commission Bill was passed by the Sri Lankan Parliament on 24th May 2021. This is significant given that this port project is less than 300 kilometres from Indian coasts. This distance is a critical space for both India and China as well as many other Indian Ocean region states. Prior to the passage of the bill, Colombo had handed over a USD 12 million energy project to a Chinese firm for the joint development of three renewable power plants on islands off the Jaffna peninsula. These islands are less than 50 kms away from the Tamil Nadu coast.

Sino-Sri Lankan engagement has been growing and China has provided USD 7 billion in loans, including for the construction of a Sri Lankan port in Hambantota. In 2017, Colombo was forced to hand over the lease of the underused port to a Chinese company for 99 years due to its inability to pay back the loans it had received from Beijing. This is despite the fact that Colombo still has to pay off five loans obtained from the Exim Bank of China to construct the Hambantota Port. Many of these decisions seems to be undermining Indian interest in Sri Lanka.

Tamil Nadu is said to be an influential factor in determining Indo–Sri Lanka bilateral relations. However, the Centre, currently led by the BJP, is strong and unlikely to be swayed by opinion at the periphery. At the same time, the BJP does not have a solid support base in Tamil Nadu. However, Tamil Nadu continues to press the centre on the issue of fishers and the Sri Lankan Tamil issue. Last week, Chief Minister M. K. Stalin announced a welfare package for Sri Lankan Tamil refugees in India. Tamil Nadu also holds an anti-Colombo stance. How do you interpret all this? Does Tamil Nadu have any influence in determining India – Sri Lanka relations?

In the Indian federation, states do hold some influence over Delhi’s foreign policies. But there are other factors at play while the nation’s foreign policy is formulated. The Tamil issue has been a prominent factor and each Indian leader had been cognisant of that. Even if there is a non-BJP government in Tamil Nadu, the Tamil issues have always been weighed in by the centre. At times, the state government has greater liberty to express certain ideas and measures that may not be possible for New Delhi. It has been seen how PM Modi has raised the issue of ensuring the rights of Sri Lankan Tamils and the promise of devolution in many of the bilateral discussions. The centre and the state governments may have differences, but Tamil rights and issues are core to India. Irrespective of who is at the Centre, this will remain important.

India continues to talk about the political rights of the Tamil people who have traditionally inhabited the North-East of Sri Lanka. India is particularly interested in a political settlement based on the 13th Amendment, which is a product of the Indo–Lanka Accord. However, there is no progress in implementation. Tamil leaders have continued to urge India's involvement on this. Are there opportunities for the BJP government to pay special attention to the Tamil issue?

India has often reiterated its positions about the Tamils and the 13th amendment in Sri Lanka, and some statements by recent Sri Lankan leaders reflect their obduracy over this. There are limits to what another country can push for, but this issue remains on top of the Indian agenda.

Following the fall of Afghanistan back into the hands of the Taliban, there has been a resurgence of Islamic transnational terrorism in the Indian Ocean Region. There is also a perception that Pakistan is happy with such developments. The Taliban have also seized control of the Afghan-India Friendship Dam. What impact will the return of the Taliban have on India? What impact can this have on India's relations with its neighbours?

The strategic realignments taking place will have significant implications. This is going to have some severe impact on India, the region and the world at large. There are no doubts about that. Pakistan’s official statements supporting the Taliban Government conveys their happiness in no uncertain terms.

India has many reasons to worry, and the fears of a resurgence of Islamic terrorism is real. The nexus between religious fundamentalists and the Taliban will adversely affect the entire region and has the potential to create dissonance of a serious nature in India and elsewhere.

Apart from that, India has been hosting the fleeing Afghan people. India has deeply invested in lending support to the people of Afghanistan through the 400 social infrastructure projects completed in thirty-four provinces with an investment of around USD 3 billion. Last year, India had announced 100 community development projects worth USD 80 million. Many of these projects hang in balance now. The future looks very uncertain in Afghanistan. Nevertheless, India will continue to support the people of Afghanistan through many other measures in the days to come. It is too early for any prediction, but the arrival of the Taliban to Afghanistan has called for many realignments for sure.

...
Protecting human rights without the United States: A response to Ron Ridenour
6 months 1 week ago
...
Inherent bad faith: Alternatives for deducing the Indo-Lanka Accord
8 months ago

For those aligned with the realist tr

...
The destruction of the Jaffna University memorial: Dire straits across Palk Strait
8 months ago

...
Zeitgeist, Imperiums and Ontological Security: Cues and Insinuations on Developments in Sri Lanka
1 year ago

The Oslo II Accord that was signed in September 1...