India makes its own assessment of what would shape the security perceptions: An exclusive interview with Commodore R.S.Vasan 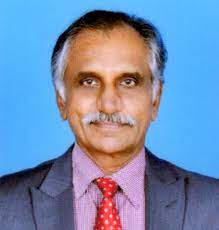 The Yuan Wang 5 has just reached Sri Lanka. This Chinese satellite-tracking vessel has been a symbol of the mounting geopolitical tug-of-war in the Indian Ocean region. In the weeks before, India and the U.S have pressured the Sri Lankan Government to revoke access to the port. But their efforts could not stop the Chinese move. This is clearly a dent in India’s Neighbourhood First Policy, which was to entwine cultural affinities across borders. Sri Lanka’s old guard proved their mettle again when they went on to proffer a rapturous welcome. Is this the beginning of the end for Neighbourhood First? Or are we to forsee ‘new-new’ beginnings?

This development can not be viewed in isolation. There have been series of events that need to be examined.The past few months have been critical for Sri Lanka which has faced very serious existential threats. It is not yet in a position to stabilise its security and stability. The Government of Gotabaya has to take full blame for the state of affairs. The China factor is not new. It started with the Rajapaksa Government cosying up to China post 2009 and falling  prey to the  designs of China. The cheque book diplomacy worked only in favour of China which had its sights set on a strategic outpost in IOR and also having a state favourable to its interests. Unfortunately, the investments along the BRI and the loans hardly helped the cause of Sri Lanka. The expected job generation and development did not take place but only filled the coffers of Chinese investors. With the inability of Sri Lanka to repay the loans, it had no choice but to give away Hambantota on a lease for 99 years.

For Sri Lankan leaders no help was forthcoming in recent months from China which led to spiraling prices and deteriorating law and order situation in the Island.  The new Government in place after the ouster of Rajapakse is still struggling to get things up and running with multiple challenges at home.  At this time to deal with this emerging  power play with the visit of the Spy vessel was indeed challenging. The SL Government which has received 4 billion USD from India and also plenty of material and moral support from India was in a position to only defer the visit and came under increasing Chinese pressure making Sri Lanka succumb to these pressure tactics. Sri Lanka which is looking for some bail out package from IMF was weary of Chinese influence to prevent the processing of loans from IMF. This is a lesson for other developing countries who need to know the limits  of trying to play one country against another.

As far as India's neighbourhood first policy is concerned, though challenged ,it is unlikely to  change but will need to be recalibrated to factor the security dynamics in the Indian Ocean Region. There are limits to which Sri Lanka can play the Chinese card in India and vice versa. One can say that the neighbourhood policy will be tweaked to adapt to the new developments which will see a dominant  China factor . Just as the Spy vessel was making its voyage to Hambantota, the Indian Navy handed over a Dornier for maritime surveillance. On the US factor, US and India being partners in many areas of security and development, will consider the nature of emerging equations and will work together to be prepared for contingencies.

In an ealier interview with the CSST, you rightly predicted that there is little that Sri Lanka can do if China decides to bring its war ships or submarines to Hambantota. Given Hambantota’s proximity to India and the political interactions between the United States, India and China reflecting a new wave of triangular diplomacy, what’s in the offing? After all, India has even denied the existence of the Cold Start, despite ample evidence to the contrary.

In purely technical terms and in terms of the laws of the sea, Sri Lanka as a sovereign country has the  right to allow any vessel for fuelling and logistics. However, as expressed by the Government of India spokesperson , India  makes its own assessment of what would shape  the security  perceptions and has every right to take appropriate measures at the political, strategic and military level. The cold start which has been discussed more in the context of our adversaries in the North and west would have also factored the two front war. The new  challenge for India emanates from the increased forays of Chinese warships, fishing and research vessels  in India's neighbourhood . This gets accentuated with the prospects of increased  dual use of  IOR ports by  Chinese vessels. On the issue of triangular diplomacy, it is more in the realm of contests more than cooperation.

In recent years, Washington and New Delhi have strengthened their military cooperation in the Indian Ocean with a view to countering China. This month, a U.S. Navy cargo ship underwent repairs in a shipyard near Chennai. This marked the first time that India allowed U.S. Navy vessels to dock for repairs, something the Pentagon has sought for years. Based on this context, the docking of a Chinese ship in Hambantota becomes significant. Your thoughts.

As for as the military dimension of engagement with USA it has definitely progressed very well. A part of this is also due to the interest of the military industrial complex of USA which has benefited from the increased sales to India. In fact, the imports from USA in monetary terms has become  vital for India's preparedness . The repair of the US supply ship by L&T in Kattupulli is a growing indicator of the increased level of cooperation between the two democracies with convergence in many areas of interest. The LEMOA provisions have also come in to  play to allow both India and USA to use each other's facilities for  extending deployment in the Indo Pacific.

The QUAD has grown many folds more so after the assertion  that it is not a military alliance. The four partnering countries of QUAD have expanded  the scope of cooperation to many other areas of  cooperation and that augurs well for the partnering nations. Issues of vaccine diplomacy, Climate change, Science, Technology, Engineering and Mathematics(STEM) initiatives, exchange of students at higher levels of education and earmarking of funds for specific areas are good signs for the coalition. There is also a concerted effort to move away from the well established supply chains of China with the Resilient Supply Chain Initiatives(RSCI). The provisions of Indo Pacific Economic Forum(IPEF) has opened new vistas for the partnering nations to work on developing means and methods to move away from the Chinese spheres of influence and strong hold .

Is the docking intended to counter Nancy Pelosi’s trip to Taiwan? Indeed, history seems to be repeating itself. In 2014, the first docking of a Chinese submarine in Colombo coincided with President Pranab Mukherjee's visit to Vietnam. The second docking coincided with Vietnam’s Prime Minister Nguyen Tan Dung's visit to India. Your thoughts.

In all these cases there is always a dimension of signalling that comes in to play. The message is interpreted and received by the target country based on all facts and demonstrated intent. It is unlikely that this docking had something to do with Palosi's visit. These takes months to fructify to sign the contracts and would have been done with out the knowledge of an impending visit of Palosi which itself was doubtful. China on the other hand has always made it a point to plan such visits by warships and submarines as quoted by you. It was not going to deter India or for that matter any country from doing what it wishes to as  in the case of USA which soon after Palosi's visit also sent a US delegation to China. So China has failed to achieve its objectives of preventing such planned visits by state officials and dignitaries. Despite the heavy show of force, live firing of missiles and  other military activity around Taiwan China was not able to prevent the visit of the US delegation. Nor was India deterred by the visit of the nuclear submarine to Sri Lanka on the eve of Late Pranab Mukherjee's visit to Vietnam or the exchange visit from Vietnam.. From that point of view, it is a loss of face for China and not the other way round.

In conclusion, it is clear that the dynamics of power play in the coming decades will be more acute with China's assertiveness in the Indo Pacific. It is only natural for other countries to take measures to protect their interests. The developments as above need to looked at in the light of the emerging nature of power play  between the super power and an aspirational power. From India's point of view it will continue with its neighbours in the spirit of Security and Growth for All in the Region. (SAGAR). The smaller nations would need to protect the interests of their citizens by not allowing its backyard to be used by extra regional powers.

Conference on India's G20: Implications for Indo-Pacific
1 hour 38 minutes ago
...
Is sea cucumber farming in northern Sri Lanka a Chinese checkpoint in Palk Bay?
2 weeks ago
...
India makes its own assessment of what would shape the security perceptions: An exclusive interview with Commodore R.S.Vasan
5 months ago