India will not allow abolition: An exclusive interview with Dr. Paikiasothy Saravanamuttu 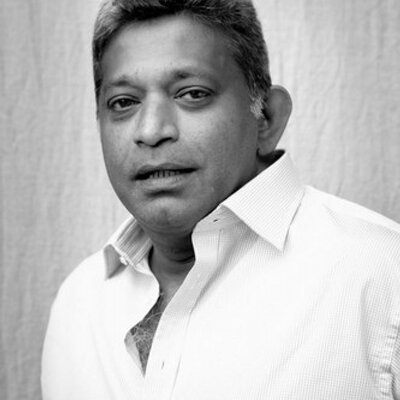 Dr.Paikiasothy Saravanamuttu is the founder Executive Director of the Centre for Policy Alternatives (CPA). He was a member of the Foreign Policy Advisory Group and the Board of the Lakshman Kadirgamar Institute for International and Strategic Studies. He was invited by President Obama to attend his “High-Level Event On Civil Society“, in New York, 2013.

The regime change that took place in 2015 was a historic event. Some scholars even referred to it as a textbook example of how to correct a wayward state. Alas, what transpired at the presidential elections in 2019 was a volte-face. What are your thoughts on this?

The regime change of 2015 was unprecedented in terms of the coalition formed, civil society activism and the winning platform, which civil society put together over two decades.  The reason why it unravelled was because of the personalities of the two leaders and the failure to agree on a programme of action which could have been done in the first 100 days plus a media strategy to communicate to the people what was being done and why.  The Rajapaksa’s in 2019 were able to capitalize on the disunity and indecisiveness of the government.

The Mahinda Rajapaksa Administration leaned towards China to win the war and deter any post-war interventions to weaken the state. With regime change coming about in 2015, India and the West expected the Ranil Wickremesinghe Administration to decouple from China. What transpired, however, was alarming to India and the West: the Hambantota Port was leased to China in 2017 by none other than an ally. How did this happen? Was it ideological?

The Hambantota deal was in effect a fait accompli – we could not decouple from that without incurring heavy financial losses. The Rajapaksas have ensured that China is here to stay.

I do not think that China will build a military base in anywhere in Sri Lanka or be allowed to.  China has an interest in ensuring stability in the countries along which her energy supplies are routed.

When he assumed the presidency, Gotabaya Rajapaksa made an avowed declaration to pursue a neutral foreign policy to stay away from great power politics. Assuming that such a policy is being pursued to its fullest extent, will it prevent Sri Lanka from being swayed by great-power struggles?

All countries particularly small ones are influenced by great power rivalries and we are no exception.

The United States has been exerting soft power on post-war Sri Lanka. The call for human rights and the quality of political institutions is a prime example of this. Such pressures have not brought about significant changes. In such a context, there are indications that the Biden Administration may once again intervene via the human rights regime. The Tamil National Alliance (TNA) has seized this opportunity and called for India and the United States to work together for a political solution for the Tamils. The Sinhala South, however, has always resented international insistence on a political solution. What are your observations on U.S involvement in Sri Lanka? Do you think the U.S. can involve and facilitate the political question for Tamils as the TNA expects?

The US has a lot more influence than it has used so far. Yes it can be of great assistance in facilitating a political solution but the key influence and action must be in and from Sri Lanka.

The Gotabaya Rajapaksa Administration is pronouncing a new constitution. Asanga Welikala has speculated that this would be a constitution of the civilization state. Will this new constitution repeal the 13th Amendment? Indeed, the Indo–Lanka Accord hangs over the constitution like the Sword of Damocles. The point here is that Sri Lanka cannot withdraw from the Indo–Lanka Accord by reason of the Vienna Convention because neither Sri Lanka nor India are signatories to this convention. Moreover, the 13th Amendment is even referred to in a UN Human Rights Council resolution. Your thoughts?

The Thirteenth Amendment will stay but it will be gutted - most of the substantive powers will be diluted. India will not allow abolition.  The new Constitution will centralize power in the executive presidency.

Mangala Samaraweera’s death seems to have delivered a powerful blow to any possibility of resurrecting Radical Centrism. As a leading supporter of the human rights regime and proponent of liberal values in Sri Lanka, what are your thoughts on this?

Mangala’s death was a great loss. Those who supported him, however, should not give up but rally around a candidate who will recommit to another 2015 bearing in mind the changes that have to be made.

Conference on India's G20: Implications for Indo-Pacific
3 hours 23 minutes ago
...
Is sea cucumber farming in northern Sri Lanka a Chinese checkpoint in Palk Bay?
2 weeks ago
...
India makes its own assessment of what would shape the security perceptions: An exclusive interview with Commodore R.S.Vasan
5 months ago