Sri Lanka’s road ahead is hazardous : An exclusive interview with Ambassador K.P. Fabian 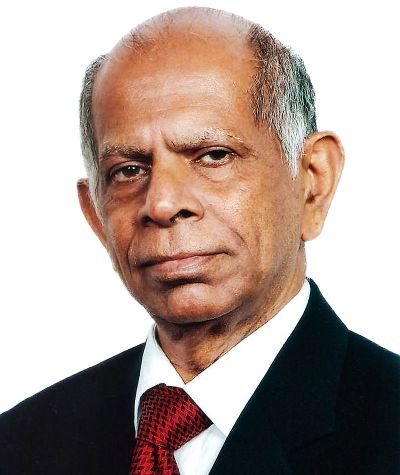 Ambassador K.P. Fabian served in the Indian Foreign Service between 1964 and 2000, during which time he was posted to Madagascar, Austria, Iran, Sri Lanka, Canada, Finland, Qatar, and Italy. During his time in the diplomatic service, he spent three years in Iran (from 1976 to 1979), witnessing the Iranian Revolution first hand. As Joint Secretary (Gulf), Fabian coordinated the evacuation of over 176,000 Indian nationals from Iraq and Kuwait in 1990-91. He is also the author of two books, Commonsense on the War on Iraq and Diplomacy: Indian Style.

You served as a deputy ambassador to Sri Lanka during the period when the J.R. Jayawardena-led government was moving out from non-aligned or neutral foreign policy. The affinity of the J. R clique with the USA, Pakistan, and Israel created an alarming situation for India in the cold-war context. As a diplomat of the period, what is your unforgettable memory of Sri Lankan politics?

I was Deputy High Commissioner from 1979 to 1982. Washington was trying to have a base in Trincomalee, and Voice of America established a station near Colombo. India opposed both projects.

I remember the U.S. Ambassador denying any interest in Trincomalee and then my showing him a list of bases sought put out by the Pentagon that included Trincomalee. The base facility was not given. The VOA station was established, but it was closed after a while.

Sri Lanka is in a crisis now, economically and politically and, on the other hand, the Rajapaksa clan is facing severe setbacks. I noticed your point of view in an interview (2020); you have mentioned that as long as Rajapaksas are in power in Sri Lanka, we cannot expect any serious bilateral relationship (with India). Why do you mention this categorically? What is the story behind this?

The Sri Lankan voters voted into power a set of brothers, creating a brotherocracy, incompatible with democracy. The Rajapaksa cabinet chose to get closer and closer to China. Hence my conclusion.

In my view, President Rajapaksa had the option to do the following when the demonstrations started: Address the nation, seek forgiveness; announce his decision to have a government of national unity, consisting of representatives of all political parties in the parliament plus a few eminent individuals, one of whom will be Prime Minister; till, that government had restored the economy. He, as President, will not exercise his executive powers; once the economy has been restored, there will be election to the Parliament and for a President; and he will not contest.

History shows India was in a position to intervene directly due to the inability of the Sinhala political elite to resolve the Tamil political question. The situation seems still a meaningful political solution for Tamils that cannot be found without India’s involvement. Recently, Six-Tamil parties have written a joint letter to Prime Minister Modi urging him to intervene again in the full implementation of the 13th amendment. But, there is a common grievance among Tamils that India’s pressure is only lip service.  How do you see the unresolved political issue of Eelam Tamils and the role of India?

India can intervene in regard to the Tamil question provided it is done in a manner that does not make the Sinhala majority resent such intervention. I do not know whether the present government in India has the required diplomatic clout and skills. Therefore, I do not propose any intervention by India.

In the post-war context, Tamil politics was mostly understood, especially through the human rights pressure. It seems that the United States (US) seems to be interested in Sri Lankan affairs. In 2012, the US pressed a resolution on Sri Lanka at the U, N Human Rights Council. Beyond this, India is a key ally of Indo-Pacific strategy and QUAD. In this context, do you think there are opportunities for India and U.S. to act together on the Sri Lankan issue?

Yes. I do not know whether New Delhi and Washington are working on this. There are many other issues claiming their attention.

China was a dazzled topic in Sri Lanka that seems a bit out of place now. But Chinese diplomats insist that their involvement in Sri Lanka is purely a commercial deal. What is your observation on the matter of China in Sri Lanka?

China’s projects, not always thought through, have partly caused the crisis. It is rather strange that China has not rushed to Sri Lanka’s assistance. It might be that since Sri Lanka is not the only country running into serious economic difficulties stemming from the Belt and Road Project, China is wary of establishing a precedent. Let us note that even Pakistan has not received much help from China to address the serious economic issues it is facing.

In the line of thinking about China, the Katchathivu has also been frequently mentioned in the political arena. Recently, Tamil Nadu B.J.P leader Annamalai had stated in Jaffna that India would get Katchathivu on a lease basis. At the same time, Tamil Nadu Dravidian parties press for the retrieve of Katchathivu. How do we understand this? Do you think India will be compelled to deal with this matter?

I was Under Secretary dealing with Sri Lanka when the Ministry of External Affairs had to defend the decision about Katchathivu in court. I do not expect New Delhi to make any such move.

In conclusion, I am afraid that Sri Lanka’s road ahead is hazardous, as there is no political stability. The ruling party’s members in the Parliament are hated by the voters. I wish India had convened an international conference that included the P5, G-20, IMF, and World Bank to chalk out a plan for Sri Lanka’s economic recovery. The IMF assistance comes with toxic structural adjustments and reduction of government expenditure by removing or cutting down subsidies to food, fuel, and other essentials. For us in India, it is painful to see Sri Lankan people suffer.

Conference on India's G20: Implications for Indo-Pacific
1 hour 40 minutes ago
...
Is sea cucumber farming in northern Sri Lanka a Chinese checkpoint in Palk Bay?
2 weeks ago
...
India makes its own assessment of what would shape the security perceptions: An exclusive interview with Commodore R.S.Vasan
5 months ago