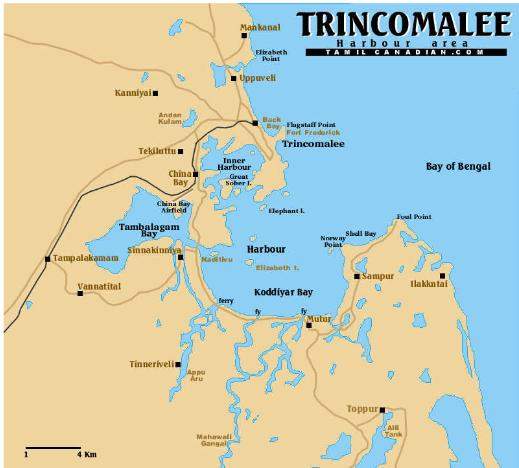 India and Sri Lanka have always had a complex relationship-and New Delhi’s frustration with Colombo is the latter’s reluctance to accept India as the regional power. Instead, Colombo has always looked to other powers to counter Indian influence.

During the Indo-Pakistani war in 1971, Colombo supported Pakistan by providing re-fuelling facilities. During the cold war, Colombo maintained a pro-Western policy when a right-wing government was in power and a strictly non-aligned stance when under a socialist regime. Colombo stayed away from the Soviet Union mainly because New Delhi had forged a special relationship with the Soviet Union during this period.In recent times, Beijing took advantage of Colombo’s antipathy to New Delhi to gain a foothold in Sri Lanka.

The regime change in January 2015 backed by New Delhi and Washington, designed to dislodge Beijing did not help India to the extent it benefited the US. The Prime Minister in the new ‘Unity’ Government’ headed by President Sirisena is Ranil Wickramasinghe, the leader of the West-leaning United National Party(UNP), a majority in the Sri Lankan parliament. Thanks to the UNP, the US has some clout with Colombo. At the same time, the UNP, along with the rest of Sri Lanka’s political establishment find New Delhi problematic.Beijing has exploited the Colombo- New Delhi divide and its own financial hold on Sri Lanka to compel Sri Lanka re-embrace China.As a result, today, China has a significant presence in Sri Lanka, an island of considerable strategic significance in the Indian Ocean. One of India’s renowned political writers, Brahma Chelleney, believes New Delhi is constrained because “Indian diplomacy still lacks teeth”.

Recent events, however, suggest that New Delhi is beginning to show some teeth in stemming Colombo’s return to Beijing.

On Tuesday, 4 April, speaking in Colombo at the launch of Sri Lankan Prime Minister Ranil Wickramasinghe's biography, Shashi Tharoor, former Indian diplomat and currently the Chairman of the Indian Parliamentary Standing Committee on External Affairs could not have been more direct.Having pointedly referred to China’s ambitions in the South China Sea extending well into the Indian Ocean, Tharoor went onto say that “India and Sri Lanka need to look to a future in which our geographical proximity becomes a reason for closeness rather than controversy”. Later, raising the ‘string of pearls’ theory that sought to explain China’s inclination to build maritime infrastructure along the Indian Ocean periphery, including one in Sri Lanka, Tharoor told the audience “what we offer is not the roar of a superpower, but certainly something better than being one among several jewels – pearls or otherwise – in another country’s geopolitical calculations”. Tharoor’s not-so-subtle message was simple and straightforward -it’s best that Colombo stays within the Indian orbit.The message was all the more significant as it was delivered to an audience that included Sri Lanka’s President Maithiripala Sirisena, Prime Minister Ranil Wickramasinghe and several high ranking Sri Lankan politicians.

Earlier in February this year, Carnegie India hosted its first conference outside India in Colombo.Participants included senior government officials and scholars from Bangladesh, India, Japan, Maldives, Nepal, Norway and Sri Lanka. China was a notable absentee. More to the point, the Conference dubbed ‘Trincomalee Consultations,’ was all about Trincomalee, home to the world’s second-largest natural harbour located on Sri Lanka’s north-eastern coast.Matters discussed centred around the geostrategic significance of the Indian Ocean; about the continuing importance of Trincomalee in terms of its strategic significance; the need to improve its connectivity; the development of Trincomalee harbour as a ‘Regional Hub’ and Trincomalee harbour’s role in reintegrating the region. The conference was framed as a track 1.5 dialogue implying that it involved informal participation by decision makers and state representatives.There are good reasons to regard ‘Trincomalee consultations’ hosted by Carnegie India, as an Indian initiative. Not only because the Indian Government was represented by a high ranking Indian official, the Joint Secretary (Policy Planning) from the Ministry of External Affairs (MEA), but mainly because of the subject matter-Trincomalee. Trincomalee’s importance to New Delhi cannot be understated. The primary reason for India’s direct intervention in Sri Lanka’s internal conflict since the 1980’s was the perception that the Sri Lankan Government was prepared to grant the US rights for military facilities including the use of the Trincomalee harbour. And, central to the Indo- Sri Lanka Accord signed between the Sri Lankan President and the Indian Prime Minister in July 1987 was the clause: “Trincomalee or any other ports in Sri Lanka will not be made available for military use by any country in a manner prejudicial to India's interests”. From India’s point of view, this remains true to this day. Participation by India in the Carnegie-India hosted ‘Trincomalee Consultations’underscores this point.

In announcing Sri Lankan Prime Minister Ranil Wickramasinghe's five day visit to India beginning 25 April, officials from the Indian Ministry of External Affairs said that discussions would take place around operating a major oil-storage facility and a Liquefied Natural Gas (LNG) plant in Trincomalee in addition to developing the port of Trincomalee as a key transit point.More to the point, the hastily arranged meeting at New Delhi’s behest came just a few weeks beforeWickcramasinghe’s planned trip to attend the Belt and Road Summit in Beijing. The Indian diplomatic initiative also involved a trip by the Indian Prime Minister Narendra Modi to Sri Lanka in May this year, the second visit in two years. According to Indian Newspapers, it was expected that India would take up the issue of China’s growing influence in the island with Sri Lanka.

Taken together, the diplomatic initiative of Carnegie India, Tharoor’s tough message, Wickramasinghe’s visit to India followed by the Indian Prime Minister’s visit to Sri Lanka, it is hard to refute that New Delhi has begun to adopt a more robust approach in dealing with its recalcitrant neighbour.

Colombo’s response has been nuanced. In the wake of the Indian Prime Minister’s visit, Sarath Amanugama, Sri Lankan Minister who had participated in Beijing’s ‘One Belt One Road’ summit described India and China as Sri Lanka’s friends and noted that Sri Lanka does not see the world divided between the two countries.At the same timeColombo refused permission for a Chinese submarine to dock at Colombo. Three months later on 23 August 2017, President Sirisena sacked his Minister of Justice Wijeyadasa Rajapakshe who had publicly denounced the government's US$1.1 billion (RM4.71 billion) of a 70% stake in Hambantota port to (Chinese) state-owned China Merchants Port Holdings.

Ana Pararajasingham is an independent researcher. He Was Director Programmes with Switzerland based Centre for Just Peace and Democracy (CJPD) between 2007 and 2009.The Article first appeared in  Defence Review Asia Sept-Oct 2017

Conference on India's G20: Implications for Indo-Pacific
3 hours 23 minutes ago
...
Is sea cucumber farming in northern Sri Lanka a Chinese checkpoint in Palk Bay?
2 weeks ago
...
India makes its own assessment of what would shape the security perceptions: An exclusive interview with Commodore R.S.Vasan
5 months ago